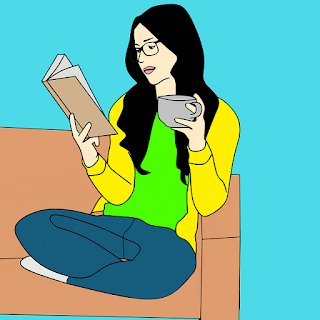 Who the reader is

This reader is generally in Key Stage 4 and 5 in the British school system.  They are aged roughly 14-17. They are post-puberty and fully functioning sexually. They may or may not be sexually active.

They do have problems with their brain and tend to reason with their emotions as the frontal lobes, the area of reason and common sense, are the last to develop fully.

They have more dopamine in the brain than the adult or the child, so they tend to take bigger risks to get thrills – “joy riding” is such an apt expression for those young people who steal killer machines and ride off into the night.

They will have some involvement with the drug world – curiosity, experimentation, addiction – escapism or risk-taking
Melatonin, the sleep-inducing chemical, arrives later so the young adult goes to bed later.

There is a rapid growing and cutting back of synpases.  If you don’t use it, lose it.  This is perhaps represented in Philip Pullman’s Dark Materials where the adolescents’ daemons change rapidly. They need as much sleep as a toddler in order to process all of this. Because of the late arrival of the melatonin, and the late hour at which they go to sleep, though their days still start at the same time as they do for adults, they are deprived of dreams and sleep at a time when they need more sleep

They suffer from mood swings, confidence swings and unjustified depression. There is a lot going on so they become self-obsessed.

They still want to order their universe, just like the younger teens, but this is more complicated than they thought earlier. They are seeking their identity – the world has changed.

Nicola Morgan has written the book Blame My Brain which discusses all of this in more detail. She gives a student and teacher- friendly version of the research conducted by Jay Giedd and Robert McGivern.

The protagonists and other characters look like their readers, though possibly they are about two years older.  So, more stable adults will act like young adults. For this to seem believable we have to have very high stakes.

The books are often multi-genred and multi-themed.  We can call these genres and themes “traits”. The average number of “traits” in a YA books is 8.9. This would be a nightmare for publishers or book-sellers. But for YA it is simple: the text is defined by its reader not by its genre or theme.

High emotions are involved. There is an emotional closeness between the narrator and the reader. A first person immediate narrative is often used. The voice is often one of a best mate telling a story that (s(he) has yet to rationalise.

The pace is fast.

The reader has control of the story. S(he) often decides what has actually happened at the end and how the future might pan out. The reader is often also left to decide what is happening within the story itself.

The YA text frequently pushes boundaries. Educationalist are pleased that young people are reading so they accept edgier texts. This renders those texts less acceptable to the young adult. Writers then have to produce even edgier texts. There are also some chicklet-lit texts (like Chick-Lit but for a slightly younger readers and often a little more serious).  Some texts resemble adult or children's novels. Books read for GCSE and A-Level are often labelled as “YA” by book sellers.

The young adult is almost always a Bildungsroman, often to do with identity and often following an epic voyage. We see the growth of the young person.

There is a narrative dilemma. Emotional closeness slows the pace. However, if the stakes are high, pace and tension are achieved thought the emotional response to them.
We can even adapt the Campbell, Propp, Vogler joint story theory to be a story of adolescence.

The Story of Adolescence

Joseph Campbell, Vladimir Propp and Christopher Vogler
·         Ordinary World  (V) Childhood
·         Call to Adventure (P) Invitation to become adult through the onset of puberty.
·         Refusal of the Call (P) The adolescent sometimes wishes to continue to behave like a child.
·         Meeting with the Mentor (V) Supernatural Aid (C) trusting other authorities from childhood which had parents and school. The trappings of teenage life – clothes, make-up, music, and possibly also drugs and alcohol give supernatural help.
·         Crossing the First Threshold (P) Going through  puberty.
·         The Belly of the Whale (C) Trials, Allies, Enemies (V) The Road of Trials  (C) The ups and downs of becoming an adult, changes in the brain, hormones going mad, and could the belly of the whale be the typical teenager’s bedroom?
·         The Meeting with the Goddess (C ) The seduction by the opposite sex, or same sex role models put upon a pedestal – idol worship / footballers / pop stars
·         Woman as Temptress ( C ) Sexual experimentation
·         Approach to the Inmost Cave (V) Going deep into oneself to find true identity.
·         Ordeal (V) The struggle to find one’s own truth.
·         Atonement with the Father (C) Reconciliation with the old way of life and the essence of the personality.
·         Apotheosis (C) Emergence of a beautiful new adult.
·         The Ultimate Boon (C) Reward (V) Finding a role in life.
·         Refusal of the Return (C) Denial of roots.
·         The Magic Flight (C) Reaching out to those roots with the new adult knowledge.
·         Rescue from without (C) Facing the realities of the world.
·         The Road Back (V) Reconciliation between the new and old orders. (Parents who had seemed incredibly stupid when one was fourteen, now that one is seventeen seem not too bad after all.)
·         Master of Two Worlds (C) Resurrection (V) The new adult takes up the new position in the world but still appreciates what has come before.
·         Freedom to Live (C) Return with the Elixir (V) Self-esteem and self-knowledge.
·

Looking at a Young Adult text

What are the characters like?
2.      Fully functioning sexually.
3.      May or may not be sexually active.
4.      Problems with brain:
5.      Reasons with emotions
a.       Frontal lobes – area of reason- last to develop
b.      More dopamine  - so needs to take bigger risks to get thrills – “joy riding”
c.       Melatonin arrives later so goes to bed later
d.      Rapid growing and cutting back – if you don’t use it, lose it – think of Pullman’s daemons
6.      Mood swings / confidence swings / unjustified depression.
7.      A lot going on so they become self-obsessed
8.      Want to order their universe – but this is more complicated than they thought earlier.
9.      Seeking identity – the world has changed.
10.  Deprived of dreams and sleep at a time when they need more sleep.
11.  Have some involvement with the drug world – curiosity, experimentation, addiction – escapism or risk-taking
The text?
1.      Multi-genred and multi-themed (traits)
2.      High emotions are involved
3.      Fast-paced
4.      Leaves control to reader – within story and at end.
5.      Pushes boundaries – though may be Chicklet-lit or resemble adult or children's novel
Bildungsroman – often to do with identity and often following epic voyage – Campbell, Propp, Vogler joint theory as “Story of Adolescence”

Find a scene that includes emotional closeness.  How is this achieved?
•      Inner monologue
•      Real time
•      Physical description of emotional reactions
•      Show a range of powerful emotions
•      Voice – one young adult talking to another – though take care not to use too many trendy words
•      Use of appropriate narrative styles – maybe journal, letter or email
•      Lack of logic

How does the dialogue work? Does it follow these rules?
•      Must always have a function – show character, sub-text, move plot forward, create atmosphere or some or all of these
•      Must not be too natural BUT
•      Must be in the voice of the speaker
•      Must be carefully assigned:
–     Often no ‘said’ needed if only two people speaking BUT
–     Needs more assignation for young people
–     Use action instead of assignation
–     Occasionally ‘whispered’, ‘shouted’ or ‘asked’ is fine
•      MAKE SURE YOU KNOW HOW TO SET IT OUT CORRECTLY if you are going to write for this reader.

How to do it

Think of your characters and your story.

Is your text working? Show it to someone and see what they “get”.