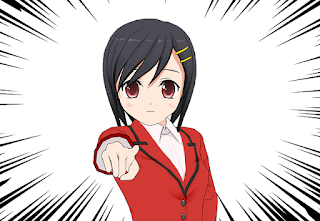 All about the books

A graphic novel is “a story told in words and pictures ordered sequentially, in book form” Will Eisner is reputed to have coined the phrase in late 1970s, though this is disputed.
Even as early as the 1940s there were some comic books in libraries.
1968 Bill Katz recommended adding comics to libraries (‘Magazine’ column in Library Journal)
1980s – more libraries and educators began to use comic books in education
1983 Cartoons and Comics in the Classroom : A Reference Guide for Teachers and Librarians by James L. Thomas
1990s more articles appearing in Booklist, Library Journal and School Library Journal
1994 VOYA offered regular coverage of graphic novels
Review column named “Graphically Speaking” in 1994
1992 Pullitzer prize awarded to Maus, Volume II by Art Spiegelman.
The graphic novel started appearing in American libraries 2002
2003 Booklist started publishing a ‘Graphic Novels Spotlight’
Note, the graphic novel is a format rather than a genre.
Some classic examples:
Marjane Satrapis: Persepolis
Brian Talbot The Tale of One Bad Rat
Judd Winick’s  Pedro and Me
Note the great tradition of French graphics - not just for struggling readers, e.g. Tin Tin, Asterix. Picture books for adults are also popular in French-speaking countries.

Manga literally means “humorous pictures”
It covers all genres except superheroes
It contains casual nudity and toilet humour – even in books for children.
It comes from Japan – hence you tend to read the books backwards.
In Japan, it is read by most people but in the Western world it is more popular amongst teens.
Anime is the film version. In the west, manga is based on anime, in Japan anime is based on manga.

Some characteristics of graphic novels and manga

There is an etiquette and a grammar that comes from the comic tradition.
The pictures may help less fluent reader absorb text but only if they understand the conventions of the comic book. However, manga is read by both fluent and reluctant readers.
It uses a special typography.
There is a balance in the combination of pictures.
There are some “silent” pictures – how does this compare with film?

There are icons. Certain pictures always mean certain things.
They offer a simplified reality.
The “mask” refers to facial expressions. Again, this is a language we learn.
The reader becomes the cartoon character.
Often, the characters are two-dimensional cartoon but the backgrounds are three dimensional and realistic.

Moving from cell to cell

From panel to panel we get:
Those produced in English are all pretty similar. Japanese ones are quite different with much of 5. Maybe this is because of the length? It is interesting to study how the passing of time is shown.

Is this valid for all creative acts? For comics, graphic novels and manga there is a movement between the mind- hand- paper– eyes –mind.

Using the text in front of you, look for the following:

Move through these stages:

Normally you only send a synopsis and a few pages of text.  You don’t normally complete the text until you have a contract.
Posted by Gill James at 01:08