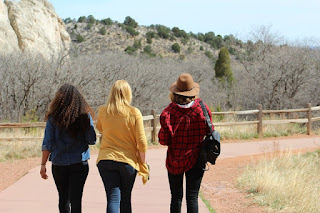 General definition of a young adult

•         They tend to be post- puberty
•         They may or may not be sexually active but are capable of producing a viable child
•         They are often referred to as “adolescent” but in fact this term covers puberty and post-puberty.
•         However the young adult still has other changes going on.
•         Changes happen at different times for individuals.
•         Males become more sporty, females become distracted

Changes in the brain

There are lots of changes going on:
•      Neurons and synapses grow rapidly and cut back rapidly also.
•      The frontal cortex is the last to finish this process. Is this where “common sense” resides and therefore there is no common sense?
•      These young people tend to reason with amygdale, the seat of raw emotions.
•      These processes are usually complete by 17 at the latest. As puberty is normally complete by 14, we define young adult as 14-17.
•      Several confusions in thinking processes arise because of these changes.
•         This all leads to chaotic, despairing and impulsive behaviour.
Recommended reading: Blame My Brain by Nicola Morgan, 2007 Walker Books. Nicola Morgan has consulted the scientific research and presented this in a book that is easy to read.

•         In addition higher levels of dopamine exist in the adolescent brain. Dopamine triggers the desire for pleasure and can increase related risk-taking. Food, sex, alcohol and drugs further increase dopamine levels.
•          This can lead to such extreme activities as joy-riding and drug-taking.

The young adult and sleep

Examples of young adults staying up late in literature

The young adult faces a lot of pressure:

Answer the following questions for two friends in a story you might create:

Now write a short scene between two of you characters.