Other characteristics of the Young Adult Novel 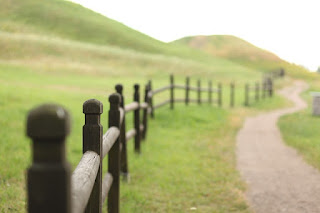 The author relinquishes control.  The reader decides.
There tends to be no “happily ever after”.
The novels are multi-genred and multi-themed.
If you call the genres and themes “traits”, YA novels tend to have more traits than novels written for adults and than those written for children.

There will be some sort of stasis.
The protagonist has usually grown.
There will be a future with a lot of possibilities.
The ending is often open to interpretation or simply open-ended.
It will often be upbeat.
The reader has control over deciding what has actually happened.

Possibilities at the end of stories

•         Malcom Rose: Jordon Stryker Bionic Agent  -  Will the bionic parts of him be enhanced?  Will this mean the even more demands will be made of him? There are many possibilities.

•         Tabitha Suzuma A Voice in the Distance Flynn lets Jennah go. They may get back together again.

•         Rich Wallace’s Restless Story of a ghost.  He realises he will reincarnate again. We are less sure of what will happen to his little brother.

Revisit the final scene of your novel.  Have you made it as open-ended as possible? Consider the following:

Look at some of the scenes you have already created. Consider the following.
·         Can you create a cliff-hanger at the end of each scene?
·         Can you leave some mystery for the reader to solve?  You may know the answer to the implied questions mentioned above. After all, you have worked hard to create the characters and the setting.  However, this works a little better sometimes if even you don’t know.  So now, can you let your characters and your setting  go a little? Can you allow them to keep something from you?
·         Can you contrast your mysterious scenes with some more grounded, realistic scenes? Consider what Birch does in Rift. This will enhance the perception of mystery in the reader.

Re-examine your characters, your setting and your plot points. Where can you create mystery for the reader?  Make a list. Are there some things that you are prepared not to know? Or at least, not to know yet?  Just like your reader, you will have to make up your mind eventually.  Take a little care, however, that nothing becomes illogical. If there is a hole in the plot, for example, there must be several satisfactory explanations as to why.
Now identify two or three scenes you could write where you can give a considerable amount of control to your reader.
Enjoy writing them!
Posted by Gill James at 04:27

Email ThisBlogThis!Share to TwitterShare to FacebookShare to Pinterest
Labels: endings in YA novels, reader control in YA novels, YA genres, YA themes YA traits