Writing for Children 6: The teen reader 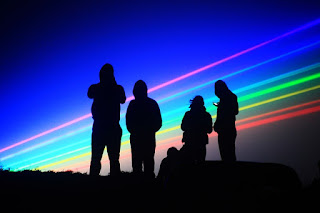 Who the reader is

This is the Key Stage 3 child in the British system, so ages 11-14 on average.

They have started puberty i.e. strange new things are happening to their body. Start time varies because of genetic and environmental considerations.  On average girls start at 10 and end at 14.5 (Menstruation starts 12.8) and boys start at 11.5 and end at 15.5 (First ejaculation 13).  It can be a frightening time if young teens are not warned about these changes.

Girls talk a lot at this time but boys keep quiet, though in mixed groups boys often dominate. Some undergo cultural ceremonies to mark this transition – e.g. bar / bat mitzvah. This time marks the start of physical and psychological separation from parents.

Physical attraction between genders begins as do concerns about body image.

They are entering Piaget's formal operations stage. They can make a hypothesis. Abstract and scientific thinking starts now.  They can understand propositional thoughts without referring to real life examples. Abstract thoughts lead to them thinking more about themselves.

Adults have made a mess of the world. The young teen could do better and wants to have a go. Beware Year 9 (13-14) if you start teaching in high school. They can be unforgiving. Parents and teachers are really stupid up until you are 14 – by the time you’re 18 they’ve become a little wiser. Teens often admire other adults –e.g. rock star, footballer, young aunt or uncle or older cousin. They are trying to make sense of the world.

The characters will be like them but perhaps will be two years older.

Sometimes they read adult books. This is often because of school e.g. Shakespeare’s Macbeth or Jane Austen’s Pride and Prejudice. They will also read adult books with a punch: Joanne Harris’s  Chocolat or Irvine Welsh’s Trainspotting.

Point Horror is popular with the teen reader. They read early "chicklet-lit / staglet-lit". Chicklet-lit is like chick lit but for a younger reader.  Staglet-lit is similar to chicklet-lit but aimed at young males.
The books contain strongly drawn characters who take charge of the world. We see examples of peer pressure, awkward sexuality and some risk-taking.

The pace is usually fast.

Fantasy, science fantasy and science fiction help to objectify the world as anthropomorphism and glove puppets do for younger readers.

How to do it

Characters must be rounded and believable.
The writer knows the following:

Your story should have a solid structure with a well-balanced narrative. There should be plenty of action.
Short chapters and short sentences help.
Supply plenty of cliff-hangers and page turners
Keep something back from the reader.
Make sure the stakes are high.

As you read a teen novel consider the following:
How old do the characters seem to be? How do you know?
Are they going through puberty? How do you know?
How are they reacting to everything going on with them?
Is there any evidence of any cultural ceremonies?
Are they moving away from their parents?
What is their attitude to other genders?
Is there any evidence of Piaget’s formal operations stage?
Are they capable of abstract thought?
What is their attitude to the world?
How strongly drawn are the characters?
How much do they resemble young teens?
What about sexuality?
And risk-taking?
Are they trying to create a new world?
Are there fantasy or science fiction elements?
Why do you think the writer has used this here?
What are the characters like physically, mentally, emotionally?
What are they most afraid of?
What is their greatest desire?
What is their motivation in this story?
How has the writer achieved pace?

Writing an extract of a story for early teens