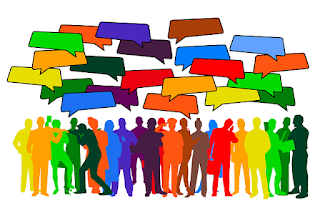 I often find myself giving feedback in a variety of situations:

I tend to start off in all cases by annotating the text, though editing is slightly different.  I’ll add a few extra notes about that at the end of this post. For my SCBWI group and my U3A creative wring group I just correct typos and spelling mistakes and I tend to change the formatting if it isn’t up to industry standard. I don’t add comments about those.

For students in higher education I will just remark on the mistakes. They need to be made conscious of the fact that they’ve misused an apostrophe, confused two words that sound the same but are spelt differently or set out dialogue wrongly. Sometimes if there is a lot of the same sort of mistake in a student’s work I’ll put a note that “I’m not going to mention this again. You must look for your own examples.”

In all of these cases I can never be sure that I’ve caught everything.  And as well as pointing out errors or clumsy language I’ll point out what is working well.

Sometimes a writer will ask a particular question about their work.  Is character A clear?  Is there enough pace? Does this sound like the language a teenager would use?

For university students each assignment is testing a particular thing. So questions might be: Does this text work as a children’s book? Is the writer following the etiquette of writing historical fiction? Is there a firm three act structure in this piece? There are other criteria we always look for anyway. These questions affirm whether the task is compete and well-done.  We also look at expression, technical skills (the ones the module is teaching), writerly reading and research style,   reflection (they always have to produce a reflective document as well: why did they choose to write this piece? Which other writers influenced them? What has their editing process been like? How does this work fit with that of others?), writing skill and presentation (and that covers formatting but also the way they have set out their work).

An excellent form of feedback

Simply tell the writer what you’ve understood. Is this what they intended you to understand?

For my students, my SCBWI group and my U3A group I find this formula works well.

·         Say what is working well (mention everything you’ve spotted)

·         Give some suggestions as to what they can do to improve.  Mention no more than two or three items but start with what will makes the biggest difference.

Interestingly, I also used this template for writing reports when I taught foreign languages in high school. I always had the impression that neither the students nor their parents read the report in detail but rather looked at test scores and national curriculum levels. When I had the same class two years running at the end of the second year I pulled up their reports from the previous year. I was astounded and delighted that they had all acted upon my advice and had indeed moved on in the areas I’d indicated.  People like this formula.

Editing is a bit different

We have to get the text exactly right. It’s a given that we’ve accepted this for publishing   and we basically approve of the text. So, we’re going for the jugular a bit and we won’t keep telling you how much we love you. However, we will say when we’re pleased at how you’ve responded to our comments. We use three stages of editing:

We may annotate your text a little but most of our comments will be of a general nature, summarised in a descriptive document.

We're concerned about the structure of your piece. Is there a beginning, a carefully crafted middle and a satisfying end?  Your structure should be something like this:

One of the most common failings and causes for rejection is a disappointing ending. Some endings are too melodramatic, some are damp squibs and some include some near impossible deus ex machina.  It's rare for us to accept stories or novels with such endings but maybe if the rest of it is superb…..  On the other hand most endings need at least a little tweak.

We'll also check to see that characters are authentic, rounded, and consistent and have developed.

We'll see if there is the right amount of tension and pace.

Is everything logical? Does time work?  Is there cause and effect?

Is the format and length right for the target readership?

However, even though this is a structural edit, if we notice a frequently occurring grammatical mistake or formatting mistake – e.g. mum / Mum confusion or dialogue set out incorrectly - we may ask you to work on changing this at this point.

We suggest you take your time with this edit and normally allow three months. Many novelists or short story writers initially seem to think this is a long time but frequently then ask for more.

We make suggestions not demands. However, if we say something isn't working, it usually isn't. Our suggestions are there to help but most authors come up with even better ideas.

For this we'll annotate your text using the comment feature of Track Changes. We ask you to respond to the comment but leave the comment showing. You're invited to make your own comments as well.

·         Point of view consistency. Is it the same throughout? Is it at the same distance from the characters? If it does zoom in and out does it do this gracefully? Point of view awkwardness is one of the most common faults in new writers.

·         Have you got "darlings" that need "killing"?  Those bits of very elegant prose that show the rest up? Yes, you could bring everything up to that standard but you'd possibly produce something that was too rich for your reader – it would be for them like eating too much chocolate.

·         Are there clichés you can do away with? Clichés actually work because they're good. But can you produce something even better?

·         Is the overall flow right? Do you have the right combination of short and long sentences? Is the rhythm pleasant or irritating?

Again, we are only making suggestions. Your own suggestions may be better.

We use track changes and we correct every remaining grammatical, spelling, serious formatting mistake (some, such as inconsistency in speech marks, are picked up as part of the design process of getting your text "camera ready") and awkward phrases. We ask you to view the text without the changes showing. Only turn them on if something does not make sense. Then, reject that change and replace it with a better one. If you are happy with the text, accept all changes.

Here occasionally if there are two or more equally acceptable ways of doing things we'll want to use the house style e.g. italics for thoughts.

On the whole I enjoy giving feedback and editing. And I learn a few lessons I can apply to my own writing in doing so.

Image by Gerd Altmann from Pixabay