The Golden Ratio in Story 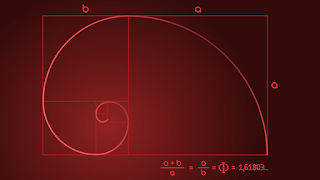 Amy Cassidy suggest in her article in the Sunday Times of 2 August 2020 that we should ask the ancient Greeks to do the big numbers when it comes to designing musicals. The ones that respect the Golden Ratio have the most financial success.

Yet Claude-Michel Schönberg denies composing by numbers for the very successful musical Les Misérables. Maybe Victor Hugo got there first with the novel.  And just because you don’t plan it that way doesn’t mean it won’t turn out like that.  After all, Stephen King is the ultimate panster in his writing but his plots are technically perfect and adhere to all of the theories.

The turn, the crisis point, the change of tempo

Yes you can see it there in most stories. Something happens somewhere between two thirds and four fifths of the way through a tale that is a point of no return.  That gap between that and the resolution creates the climax and this is often where we have the car chase moment. In most rock songs we get a change of  tempo, a key change or a change in the lyrics. Maybe all of these things.  In a pre-school child’s picture book after multiple repetitions there will be a change. A haiku may do this with the turn into the final line.

Not just in literature

It is all around us. Look at any respected painting, pleasing architecture or even every camera shot produced by professional film makers. Even the way we rest our eyes. Often we see this vertically and horizontally in images.
The ration is one: 1.618 and was identified by Euclid over 2,300 years ago.

Probably a bit of both. It is present in nature in the way sunflower seeds grow, the way trees branch and the way rabbits breed. There has even been a suggestion that it’s there in the way viruses spread. Italian mathematician Leonardo of Pisa, later known as Fibonacci introduced 1 1 2 3 5 8 12 21 34 55 89 144 etc/.  This number sequence was recognised centuries before in Indian mathematics. My book Fibbin’ Archie   plays with this sequence. The overall story shape follows the Golden Segment and the text is several chunks. One word, then one word, then two words, then three words etc. The numbers come closer and closer to the Golden Segment the further you go with the number sequence. Is our inclusion of the Golden Segment in our artefacts an attempt to push that sequence, that is in nature, to its limit? And are we now used to the proportion?

There are many theorists. Christopher Booker, Jospeh Campbell, Gustav Freytag, Robert McKee, Vladimir Propp and Christopher Vogler , amongst others.  In all of their theories you can see the Golden Ratio.
I work mostly with an adaptation of McKee’s theory and loosely plot my story thus:
Inciting incident
Rising complexity 1
Rising complexity 2
Rising complexity 3
Crisis point
Climax
Resolution
(I suggest read his entire book then reread Chapter 14)

Vogler suggests that his theory works best when people don’t follow it rigidly but skew the template slightly.
This reminds me of the Iron Clock Company. I’m afraid they don’t seem to exist anymore. A shame.  They used to produce the most beautiful long case clocks made of iron. They looked as if they had slightly melted but they were still recognisably grandfather clocks.  This is what I believe Vogler means when he urges us to skew the template a little. The shape should still be recognisable but pulled apart a little.

When as tory doesn’t work

As a publisher I frequently reject stories that aren’t really stories. I do this more often than I reject poor writing. A lack of story is in fact the most common fault in fiction writing. Some stories slip through the net and I can remember being very disgruntled and dissatisfied  as a reader with a novel that could not make up its mind what it was about or  whose story it was. Was it the story of the young girl who had got pregnant? Was it about the pyromaniac she’d befriended?  Was it about his long-lost mother who was looking for him?  The story lacked a firm structure.

A tool for writers

Even if you’re a panster it might be worth just laying the Golden Segment stencil over your story and seeing if you have it there. You may need to put a little more into shape. If you’re a planner start with this as your first outline.

Going back to Cassidy’s article she tells us ““It was a eureka moment,” said Stephen Langston, a lecturer at West of Scotland University, who made the discovery during studies for his PhD.”  They are referring to the successful musicals.
But I’ve known this for a long time, even before I could put a name to it. I know how stories work because I’ve read so many of them. Perhaps we gain some comfort from knowing what to expect. We love this shape that is first hinted to us in nature.

Image by Rafael Javier from Pixabay
Posted by Gill James at 02:04