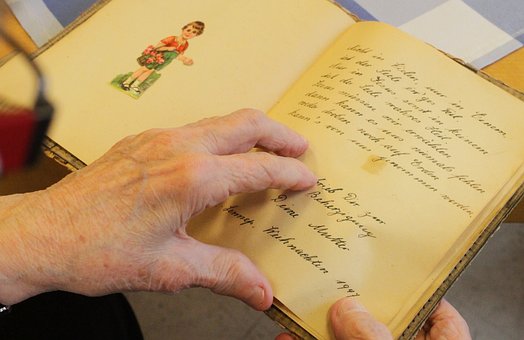 Let your eyes rest on something in the room where you usually work. Now write a poem about it with the rhyming scheme ABA BCB CDC.

Or go out for a walk and collect sights, sounds and smells.  Now weave those into this form: ABAB CDCD EFEF. .

Take a stroll through town. Now write a haiku - three lines and a total of seventeen syllables, i.e. five syllables in the first line, seven in the second line, and five in the third?  Normally a haiku is about nature.  Can you find forms of nature in the shopping centre?

Look for a news item and write a ballad about that. A ballad is made up of verses each four lines long with the rhyming scheme ABCB.

This is a complex French form- so why not use it to write about something French?  Nineteen lines are made up of five three-line stanzas and a final four line verse. The first and third lines of the first stanza are repeated alternately in the succeeding stanzas as a refrain, and form a final couplet in the four line verse. Phew!

Italian this time so use it to write about Italy. It is made of eight-line stanzas rhymed ABABABCC.

Use this one to write about a prominent public figure. It is seven lines long and rhymed ABABBCC

The ‘heroic couplet’ is the name given to rhyming couplets written in iambic pentameter, one lightly stressed, followed by one heavily stressed syllable. Use this to write about a hero. (That was what it was always used for.

Iambic pentameter with no rhymes.  Use this to tell a story. Maybe something you would usually relate to your mates at the pub?

This is unrhymed and also has no regular metre. Lines may vary in length. Often part of the effect of the words is how they look on the page. Use this to retell a well-known story.

Feel free to match forms with other content or mix and match the above.