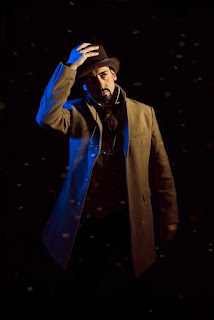 Your protagonist does something good without intending to.  S/he reckons that everybody would have done the same.  Now s/he carries the burden of that good deed.  How does it change them?

What do you know about this person physically? What do they look like? Which actor might play their part once your story is made into a film?

What is their age and background?

What are they like intellectually? Which were their good and bad subjects at school?  What are they good at now?  What is their line of work?  Which television programmes do they like? Which newspaper, if any, do they read? If they don’t read a newspaper how do they get their news?

Who are they? Maybe think friend, enemy, mentor but give them as much thought as you give your main character.

Where does this all take place?  When does it take place? Is it now or on the past or future? Your setting is as important as your characters.

What happens? Plane crash? Burning building? Someone drowning? A child falling from a moving train? Someone stopping a bank robbery? If these ideas are uninspiring, take a look at your local newspaper for some new ones.

Maybe your protagonist “refuses the call” at first. What me? I don’t / can’t do that.

Is the rest of the story about the heroic act and how your protagonist eventually comes to perform it or is it about the consequences of what they do?