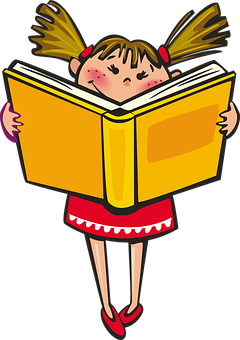 Who the child is:

This reader is aged roughly 7 -10. In the UK we call this Key Stage 1 and the child goes to Infant School.
This child becomes aware that make believe is a representational activity, becomes aware of concepts, begins to replace belief in magic with explanations for how things are and can distinguish reality from pretence but will still suspend disbelief.

Andrew Melrose's view of this group:

Melrose describes this age as “running”.  For this reader there are longer, more language-rich picture books. There is slightly more sophisticated text. Books will be about 6,000 words. The story must start promptly. The book may well be read aloud – but the child is generally off the reading scheme and beginning to select their own books to red for pleasure. The book moves forward quickly. There are lots of cliff-hangers “and suddenlies” (though often avoiding the word "suddenly". There may be short chapters – hence sometimes called “Chapter books”. They are often filmic. These books use dialogue engagingly.  Very occasionally a first person narrative is used but more often a close third person.  The story has a clear structure – beginning, middle, end. It may have some sub-plots but not as many as an adult book or one for older children. There won’t be too many characters. The story will be “shown” more than it is “told”. The pages turn quickly.

Some books to study:

What to think about when producing a text for emergent readers

Choose a theme.
Plan your story.
It needs:
Consider whether you want to include a sub-plot.
Consider the point of view (third person close is common in this type of book)
Keep your language simple. Use simple sentences and not too many with clauses except those joined with “and” and “but”. Take care that there are not too many difficult words.
Think about line breaks.

Each level of these various schemes has certain restrictions. This is often to do with the type of language used, word count, number of pages, number of chapters and amount and type of illustration.  Study one in detail and use this to give yourself some restrictions for what you will produce.
Often our creativity is really challenged when we write with restrictions.
However, this is possibly the hardest type of children's book to write. It involves writing that is almost technical. Often well-known writers are asked to produce the story and the editors then deal with the more technical issues. It is nevertheless useful for us to try and write to this brief – especially if we also teach young children.