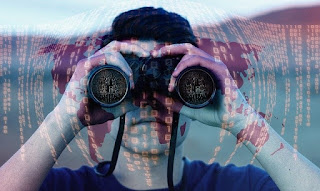 It’s really important to establish whose story you are telling. You then need to decide which narrative voice you will adapt: first person, third person distant, third person close, omniscient or maybe even second person.

We tend to favour at the moment first person – this is particularly popular in texts written for young adults – and also third person. Some argue that a first person narrative is unreliable. On the contrary, I would say it is very reliable – in portraying the character whose story we’re telling.  However, a reflective first person can pose a problem for the reader. The character has had the growth and the reader cannot enjoy it with her.  The close third person allows the reader to enjoy that growth with the protagonist. The reader is sitting on the protagonist’s shoulder and can read their mind.

However let’s be quite clear about a couple of things. First this is a modern trend.  Charles Dickens jumped about from one head to another and often used very successfully an omniscient, sometimes intrusive author. Readers loved it.

Secondly: the first person works very well in young adult texts as long as it is quite immediate.  Often the writer uses the present text.  We have the feeling that our best mate is relating an experience to us and has not yet worked out what it is all about.

Zooming in and Out

You need to decide exactly how close you want to be to your characters. Some texts have us zooming in and out of the character in way that can actually make you feel quite sick.


Rules are made to be broken


Before you say it, yes I know; Philip Pullman skips from head to head (but only in whole chapters) and at the end of The Amber Spy Glass he zooms right out and leaves Lyra and Will to get on with goodness knows what.


But of course, he’s allowed to break the rules because he knows where and how he can.

Rewrite a passage from your work in progress in:

Is every scene in the same point of view and at the same distance from that main character?