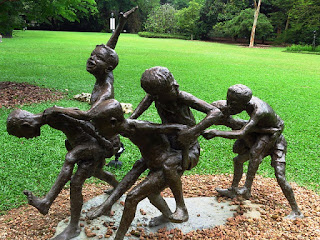 “Bildungsroman, the term applied to novels of ‘education’ (in the widest sense), of which many of the best examples are German. Wieland’s Agathon (1765-6) is usually thought the first of the genre but the beta and most imitated was Goethe’s Wilhelm Meisters Lehrjahre (Wilhelm Meister’s Apprenticeship) … Wilhelm provides the model of the innocent, inexperienced, well-meaning but often foolish and erring, young man who sets out in life with either no aim in life or the wrong one. By a series of false starts and mistakes and with help from well-disposed friends he makes in the course of his experiences, he finally reaches maturity and finds his true profession.”

The big conclusion of the research I conducted for my PhD was that the young adult novel is always a Bildungsroman of sorts. More often than not it is to do with identity though it may be one particular aspect of identity that the young person uncovers.

Bildungsroman” literally means “novel of education”
Wilhelm Meister sets out, not knowing what he is doing, making many mistakes, and finally reaching maturity and finding his proper profession.
The central character in most young adult novels sets out clumsily at first, making many mistakes, and finally succeeds in at least a small way, finding the right path through.
Many young people go through rites of passage at this time.

The story of adolescence traced though story theory:

•      Ordinary World  (Christopher Vogler) Childhood
•      Call to Adventure (Vladimir Propp)  Invitation to become adult through the onset of puberty
•      Refusal of the Call (P) The adolescent sometimes wishes to continue to behave like a child and wants the comforts of childhood.
•      Meeting with the Mentor (V) Supernatural Aid (Joseph Campbell Young people trust other authorities from the ones they knew in childhood i.e. parents and school. The trappings of teenage life – clothes, make-up, music, and possibly also drugs and alcohol give supernatural help.
•      Crossing the First Threshold (P) The young person goes through puberty.
•      The Belly of the Whale (C) Trials, Allies, Enemies (V) The Road of Trials (C) These are the ups and downs of becoming an adult, the changes in the brain and hormones going mad. Could the belly of the whale also be the teenager’s bedroom?
•      The Meeting with the Goddess (C) This may by sexual seduction or a tendency to put role models put upon a pedestal – e.g.  footballers and pop stars.
•      Woman as Temptress (C) Does this personify sexual experimentation?
•      Approach to the Inmost Cave (V) Young adults go into a quiet space to find their true identity.
•      Ordeal (V) Young adults face a final struggle to find their own truth.
•      Atonement with the Father (C) The young adult is reconciled with the old way of life and the essence of the personality. What happened during childhood still counts.
•      Apotheosis (C) A beautiful new adult emerges.
•      The Ultimate Boon (C) Reward (V) The young person finds a role in life.
•      Refusal of the Return (C) Despite recognizing the value of what has gone before the young person does not want to return to the beginning. This may be because they do not like the old way of life or it may be because they do not want to lose the idealized image they have of it.
•      The Magic Flight (C) Go back they must. Young people reach out to those roots with their new adult knowledge. This is often symbolized by an actual journey.
•      Rescue from without (C) Adolescents cannot just stay in their inner cave. They must face the realities of the world.
•      The Road Back (V) This represents a reconciliation between the new and old orders. Parents who had seemed incredibly stupid when one was fourteen, now that one is eighteen, seem not too bad after all.
•      Master of Two Worlds (C) Resurrection (V) The new adult takes up the new position in the world but still appreciates what has come before.
•      Freedom to Live (C) Return with the Elixir (V) Self-esteem is improved so the young person is free to live. The elixir is self-knowledge.

Write a scene near the beginning of your novel and another towards the end to show how your main character has changed.